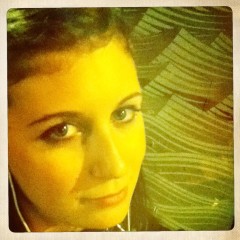 Sarah (waiting for a bus)

My name is Sarah Sullivan and I am one of nearly 8 million Americans living with bipolar disorder. I am also one of the few in that group willing to talk openly about it.

Sometimes I have intense rushes of energy, and other times it is as if energy has been drained from my body.

Sometimes I have extreme emotional responses that don’t relate to what is happening around me.

Other times I have emotional reactions to things that happen, but the response is far outside the realm of what is considered reasonable.

These extreme emotional states and energy fluctuations can last anywhere from minutes to months, and this malady is commonly called Bipolar Disorder.

For me, the onset presumably began when I was 16 years old (which provided quite the awkward high school speed bump), or at least my symptoms became serious enough to require hospitalization at that time. I’m now 30 and have a total of four hospitalizations under my belt (the latest being in October 2014).

Unfortunately, my body chemistry is so sensitive that 95% of the medications I’ve tried have been intolerable or caused allergic reactions. Since I have not been able to rely on medications to stabilize my moods, I use a number of cognitive tools, therapy, and mood tracking techniques I’ve picked up over the years to track how I’m doing, then I adjust (what I refer to as) my “External Variables” (aspects like my sleep, eating habits, stress level, and social time, among other things) in an attempt to curb episodes. Sometimes I am more successful than others.

I have a degree in Fashion Design, but am highly attracted to all creative endeavors. Bipolar Disorder makes it difficult (alright, try impossible) for me to work the traditional 9-5 job, so I try to focus instead on projects in areas that I really love. Film, fashion, costuming, writing, textile design, weaving, interior design, visual merchandising, and the like. I am also a total sucker for the great outdoors. 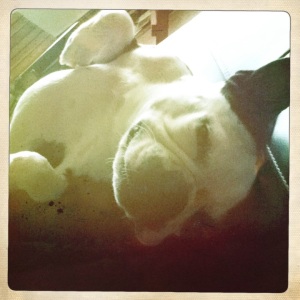 I live in Seattle with my Boston Terrier, Luna. I’ve been involved with Seattle’s bipolar community for several years now, encouraging people to talk about their experiences and helping create a supportive network of bipolar individuals.

I am not a stranger to discrimination, but it has only encouraged me to speak up louder. The more we talk openly about mental illness, the sooner we can alleviate the stigma that surrounds it.

This blog explores the infinite nature of the emotional spectrum that is the defining mark of bipolar disorder while asking questions addressing its curiosities.

68 responses to “About the Author”